The Patsy Bostick Reed Endowed Graduate Fellowship in Nutritional Sciences was established by the Board of Regents of The University of Texas System on June 30, 2017, to benefit UT Austin’s College of Natural Sciences. Gift funds were provided by Dr. Patsy Bostick Reed and Reed Transition Technologies.

The permanent endowment, created to benefit the Department of Nutritional Sciences, recognizes the academic and professional achievements of Dr. Reed – a proud UT Austin alumna who became the first student to receive a Ph.D. in Biological Sciences. 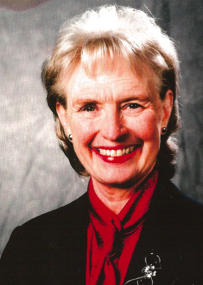 After earning a home economics teaching degree in 1959, Dr. Reed taught in public schools in Austin and Port Arthur, TX. In 1964, she returned to UT Austin to earn a master’s degree in Nutrition. After completing said degree, she was convinced by Dr. Lorene Rogers, a faculty member at the time, to earn an advanced degree in Biological Sciences.

She attributes her success, in part, to the quality education she received on the Forty Acres. Dr. Reed also acknowledges and appreciates having had the opportunity to earn advanced degrees at a time when the women’s movement started to gain momentum.

Her deep gratitude for the opportunity to earn a Ph.D. and the professional advantages afforded to her because of her education inspired Dr. Reed to establish the Patsy Bostick Reed Endowed Graduate Fellowship in Nutritional Sciences endowment. She hopes the endowment will encourage others to pursue advanced studies in Nutritional Sciences.